Everything You Should Know about Rosacea

At Laser Lights Cosmetic Laser Center, we’re here to fix problems…specifically, the cosmetic problems that burden our patients with self-consciousness, from wrinkles to sagging skin and cellulite. But there are some aesthetic issues that are chronic and long-lasting. In these cases, while we may not be able to wave a magic wand and make the condition disappear, we offer treatments that can go a long way toward relieving symptoms and making life easier. One of these chronic yet manageable conditions is rosacea, and here are the details you need to know, whether you have rosacea or just want to keep an eye out for it: 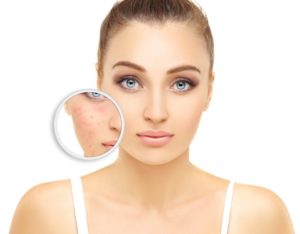 Rosacea is a long-term condition, usually developing around age 30 or later, in which the blood vessels near the surface of the skin become dilated, which makes a person look like they’re blushing. In addition, many patients also have spider veins and acne-like breakouts in the affected area. This typically occurs in the cheeks, nose, chin, and forehead, but some patients also see symptoms on the chest, neck, ears, and scalp. While everyone experiences flushing every once in a while, people with rosacea have facial redness that occurs much more frequently than normal and/or lasts significantly longer than expected.

While we do know that dilated blood vessels are the cause of rosacea symptoms, researchers have not yet determined what causes the condition itself. There are, however, some interesting factors that appear to be involved. Rosacea tends to run in families, especially those of Celtic or Scandinavian origin. Other factors that may be involved include the patient’s immune system, a bug called H pylori, dermodex mites, and a protein called cathelicidin.

How to treat rosacea:

While there is no known cure for rosacea, there are both short-term and long-term ways to minimize symptoms. Laser rosacea treatments target the troublesome blood vessels themselves, causing them to be absorbed and eliminated by your own natural healing process. After a series of brief treatments, many patients experience relief for months at a time, so while the rosacea itself still exists, laser treatments can offer long-term results. But it has also been found that certain “triggers” can cause rosacea flare-ups—most commonly sun exposure, excess heat, alcohol, spicy foods, and stress. The most successful option for rosacea patients is often a combination of laser treatments, prescription topical medications, and avoiding the specific triggers that tend to aggravate their symptoms.

Rosacea may not be a cosmetic issue that can be “fixed” with a single plastic surgery or skin treatment. But fortunately, technology has brought us a long way toward turning a lifelong burden into an occasional inconvenience. To learn more about treatments for your rosacea, facial spider veins, or facial redness, schedule an appointment at Laser Lights Cosmetic Laser Center in Duluth, GA. Or, for more skin care tips, follow us on Facebook, Twitter, and Google+.

Save Your Skin…and Your Cash Tattoo Removal: Taking “Forever” Off the Table