When most people hear the term “cosmetic lasers” or “laser treatment,” they think of the ever-popular tattoo removal and hair removal. But as all of us at Laser Lights Cosmetic Laser Center (and thousands of past and present patients) can attest to, lasers can do far more for our appearance than banish unwanted ink or keep legs stubble-free. To help our patients realize the large scope of aesthetic improvements that be found in the beams of a laser, we’re taking a closer look at some of the under-recognized laser services that are available. 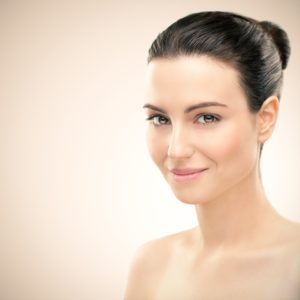 Freckle and Mole Removal
Freckles and moles are the result of an abnormal collection of melanocytes, the cells that produce our skin’s pigment. While they’re mostly genetic, moles and freckles can also be caused or increased by sun exposure—in a sense, your skin recognizes that it’s being damaged by the sun, so it produces more pigment to act as a natural sunscreen. During laser mole removal and freckle removal treatments, the laser targets the pigment in the skin and, in a similar process to tattoo removal, breaks up the pigment particles so they can be naturally absorbed by the body. However, the specific details of a patient’s treatments depend on their individual needs and goals.

Red Spots
While we all know what freckles and moles look like and realize that they’re usually not cause for alarm, many people have at some point wondered, “What’s that bright red spot that just appeared on my skin, and is it dangerous?” Fortunately, these red spots on the skin are generally harmless. When they appear in infants, they’re called hemangiomas, although when they arise in adults, they’re typically called cherry angiomas. Both are caused by an abnormal growth of blood vessels, and they appear to have a genetic link. But regardless of how and when they appear, both hemangiomas and cherry angiomas are rather easy to remove. The laser treatments require a specific type of laser called a pulsed dye laser, which uses yellow light to eliminate the targeted blood vessels, and in most cases, only one treatment is needed.

Wrinkles
Lasers can improve far more about your skin than individual spots and pigmentation problems. As we age, our skin produces less of two vital proteins: collagen and elastin. Both of these proteins make skin strong, firm, and smooth, so as they decrease with age, the skin becomes lax and less able to remain taut when our face naturally loses volume, causing wrinkles to form. The process is also accelerated by environmental factors like sun exposure and smoking, both of which break down collagen more quickly. A treatment called fractionated laser skin resurfacing minimizes wrinkles by using tiny beams of laser light to perforate the skin. This activates the body’s natural healing process, and the major component of that healing process is producing extra collagen and elastin, which add firmness to the skin to minimize the wrinkles that have formed. As an added bonus, these laser treatments can minimize the appearance of age spots, freckles, and even minor scarring for a well-rounded facial rejuvenation, and little downtime is required.

Facial Redness
Most people know the embarrassment of an unfortunately-timed blush of the cheeks, but for some patients, this is a much more frequent occurrence. While laser treatments can minimize facial redness regardless of whether it is or is not caused by a diagnosed condition, patients whose facial redness is particularly frequent or severe have often been diagnosed with rosacea. Rosacea is a somewhat common condition that causes the blood vessels within the facial skin to enlarge, producing a persistent flushing appearance and sometimes visible spider veins in the cheeks as well. While it isn’t known for certain what causes some people to develop rosacea, it is clear that the symptoms have “outbreaks and remissions.” Regardless of what unique triggers (like sun exposure or vigorous exercise) tend to spark a patient’s outbreaks, laser treatments can be a highly successful way to maximize patients’ remission periods long-term. During treatment sessions, a pulsed dye laser is used to target the problematic blood vessels, allowing them to be naturally absorbed and eliminated by the body.

Lasers have come a long way since their first medical use in the 1960s, and as we continue to find new ways to control and fine-tune our use of light energy, they have become extremely versatile and are used to treat a wide array of medical and cosmetic concerns. To learn more about the many ways we use laser treatments (as well as non-laser treatments) to address our patients’ many aesthetic needs, explore our website or follow us on Facebook, Twitter, and Google+. Or, schedule a consultation at Laser Lights Cosmetic Laser Center to discuss the best way to help you feel more confident in your appearance.

Ask Laser Lights: How Can I Get My Beach Body Back in Shape? Keep the Fourth of July Celebration Going with Savings and Glowing Skin